Sleepwalking is pretty crazy when you think about it, when we are asleep the most movement the majority of us do is to roll over and hog the blankets, but some people do more, a lot more. Some will get up and walk around, opening doors and wandering around the house. Those are the mild sleepwalkers. The extreme ones will get dressed and even drive. Or worse. In fact, there have been a number of crimes occur when people have been sleepwalking, from minor to very major. 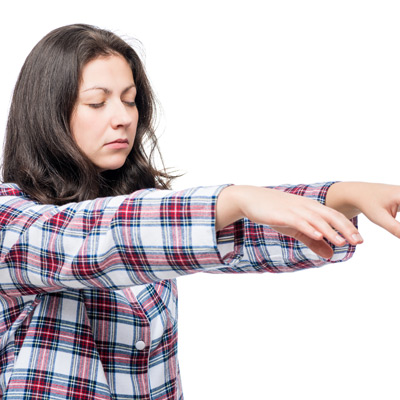 Sleepwalkers generally arise during sleep, though they are still in a state of low consciousness and cannot be considered to be awake. When they arise they are known to perform a range of activities that are occur when people are in a state of full consciousness. These activities range from being benign as sitting up in bed or walking to the bathroom, right through to things that are as odd or dangerous as cooking, driving, reaching for non-existent objects all the way up to murder. Yes, people have even murdered others when they have been sleepwalking!

As with something as interesting as sleepwalking there are lots of fascinating (and for those who suffer from it, quite scary) facts about it. Here are 7 of the best, or worst depending on your perspective.

1. People have broken diets, cheated on their partners and killed sleepwalking

There are cases of people doing almost everything when they are sleepwalking, from fairly innocuous things like walking into another room right through to murder. There have been cases of people who have been on diets finding that they are gaining weight. Unable to explain it they then realise that they are actually snacking on food during the night when they sleepwalk. In another case, a woman found that she had an STD. She accused her husband of cheating and he denied it. She became suspicious and hired a private investigator, who found that the husband was going out and seeing prostitutes at night. When confronted the man had no idea and was diagnosed with a very severe case of sleepwalking. Then there are the cases of murder, a number of people have used sleepwalking as a defence in their murder trial. It is more common than you would think.

2. The time of night the sleepwalking occurs can tell you a lot

You sleep for about seven or eight hours and while not all of those are sleepwalking hours there are a number of times during the night when you may sleepwalk. Someone who sleepwalks shortly after they have fallen asleep is experiencing a completely different stage of sleep than someone who shows similar behaviours later on in the night. Most people will sleepwalk in the first third of the night when they are in the non-REM states of sleep, which are the periods when the individual is not dreaming.  This is what is called classic sleepwalking, and most people will experience this kind. They may wander around the house, they may find themselves in another room or even start brushing their teeth.

However, while the majority of people experience this classic sleepwalking during the non-REM stages of sleep there is also another form of sleepwalking that happens during the REM stage, which is called REM behaviour disorder, or RBD. During this type of sleepwalking (though some experts refuse to call this sleepwalking as it is quite different to the classic kind) the individual is generally acting out their dreams, moving around physically in response to stimuli that is happening while they dream. RBD is not just more dangerous physically to the individual, as they are acting in response to things that do not exist rather than integrating with the physical world, but is also often one of the first symptoms of a number of concerning neurodegenerative disorders such as Parkinson's disease or Lewy body dementia. If you or anyone you know is sleepwalking and appears to be reacting to non-existent objects and situations then you need to seek expert help. People with classic sleepwalking need not worry as this is far more common and is not linked to any underlying condition. 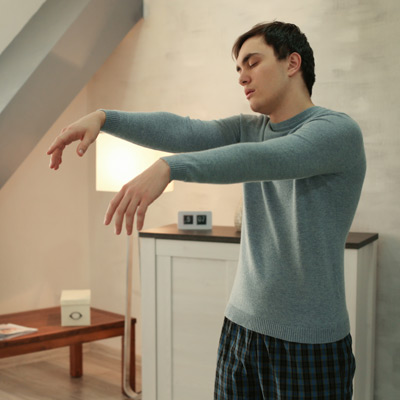 3. The individual often has no memory of what happened when they were sleepwalking

This is one of the scariest aspects of sleepwalking, the individual will almost never remember doing it. No matter how long and how elaborate the sleepwalking, individuals almost never have any memory of what has occurred. One person, Catherine Losurdo, recounts one event. Losurdo, who has been experiencing periods of sleepwalking since she was in her teens, said she was visiting Spain when she got out of bed and left her hotel room in the middle of the night:

"I had apparently walked outside our hotel in downtown Barcelona in my pyjama shorts and a tank top, walked back into the hotel, talked to the hotel worker in Spanish and asked him to call my room. I walked back up about 10 flights of stairs to the room and don't remember a thing. My mom had to tell me in the morning.”

It is more common for those people who experience RBD to be able to remember what their sleepwalking, though generally they will be remembering what happened in their dreams rather than what happened in reality.

This is what makes sleepwalking so crazy, that the sleepwalkers eyes are generally always open. You normally associate people with open eyes as being awake but sleepwalkers also have their eyes open. Sure they may look somewhat glazed or out of focus but then again a lot of us look like that in the middle of the night or first thing in the morning (or all of the time) so really they can look quite normal.

"I was told it was hard to tell when I was actually sleepwalking because my eyes were open, and I would have conversations with people," said Losurdo.

However, those who are experiencing the RBD type of sleepwalking will almost always have their eyes closed, which marks them out.

5. You should never wake up a sleepwalker. But you should guide them back to bed

This is quite commonly known and it is true, you should never ever wake a sleepwalker up as they will be very confused and in some cases they have been known to lash out. There have been cases of injuries to those who have attempted to wake them up. If you do come across a sleepwalker then the best thing that you can do is to guide them back to bed. Take their arm and talk gently to them. If they have their eyes closed and are in the RBD type of sleepwalking then you need to be more wary as you cannot be sure what type of movements or actions they will make and you need to make sure that you do not get injured. 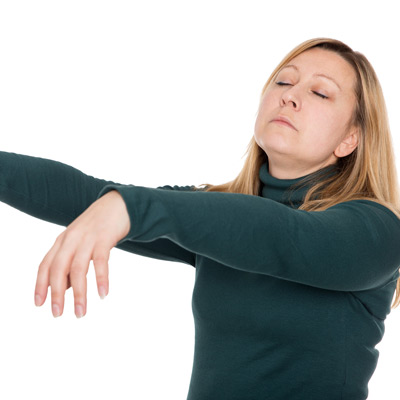 6. Anything that disrupts sleep can trigger sleepwalking

While medical experts are not one hundred percent sure of what causes sleepwalking there are a number of triggers that can make people sleepwalk. Many people who suffer from classic sleepwalking talk about it occurring when they are tired, stressed or have consumed alcohol. In fact, anything that causes you to wake up more easily when you are asleep can also lead to sleepwalking, including being in unfamiliar environment, an uncomfortable room, sleep deprivation, sickness, stress and alcohol. Experts also believe that sleepwalking can run in families, though it will be more common in children than the general adult population.

7. There are ways you can prevent sleepwalking

If you are a sleepwalker then you will want to not be a sleepwalker, even just getting up and moving around in the night when you are asleep is a very risky prospect, let alone doing all the weird things that can occur. If you want to limit the chances of sleepwalking then you need to make sure that you are sleeping well each night, that you go to bed at a good time and that you are not eating or drinking the wrong types of foods and beverages. It also pays to have a good sleep environment, somewhere that is dark, quiet and well ventilated.

If you sleepwalk then it pays to have good sleep health. We have many articles on how to improve your sleep health so read on and make sure that you stay in bed, when you should be.

Further Reading
If you enjoyed this article you will find the below of interest:
Introducing the all-new Ergoflex 5G Memory Foam Mattress
How much sleep does your star sign need?
What is the Best Mattress for Back Pain?