We live in an age where we are surrounded by electronic devices. Everywhere you go now you see people with their faces glued to the screen of their smart phone or tablet. In a few short years we have gone from owning clunky desktop computers which were anything but portable to having tiny computers that never leave our side. Obviously there are numerous benefits that come from having these devices with us at all times. However, as with anything, there is also the potential for harm and one area of concern is the use of technology before going to sleep. 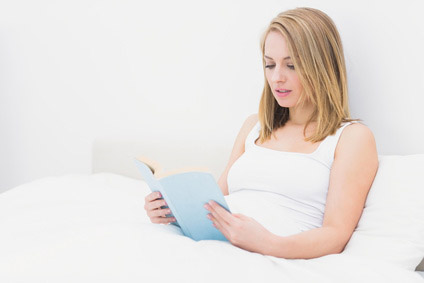 We have evolved as every other animal did, ruled by our surroundings. When it was daylight we were awake, when it was dark we slept. It was as simple as that. However, with the invention of fire, humanity was able to make, albeit small, changes to the natural environment, artificially elongating the length of the day. When light bulbs were invented there were huge repercussions as the world was given the power to change the length of daytime drastically and with ease. Hobbies and social activities blossomed and work schedules changed.

We are on the brink of yet another revolution, the age of portable computers. They look set to change our world in a number of positive ways, but we must also be careful. As we are still largely the animal that evolved in Africa those hundreds of thousands of years ago, one whose body clock and circadian rhythms were set by external light cues.

Our smart phones, tablets and laptops have backlit screens and a number of sleep researchers believe that these are playing havoc with our body clocks. Many people have stopped reading books at night and are instead using their electronic devices all the way up until bed time instead, potentially forcing their body clocks to think that it is far earlier in the day than it really is.

While the jury is still out on this, a number of scientists unsure whether it is as bad as that, there is still enough evidence to suggest that we moderate our use of technology before bed. One of the key pieces of evidence is that sleep disorders are on the rise across the western world, a correlation that has occurred with the drastic increase in smart phone and tablet numbers. Many sleep researchers recommend that people not use these devices for several hours before bed and while it cannot be conclusively said either way, the dangers associated with sleep disorders - depression, weight gain, hallucinations, memory loss amongst many others - are serious enough that we should all take the recommendations into account.

While science hasn't got a definitive answer yet on the relationship between reading electronic devices before bed and sleep disorders, the consequences are serious enough that we should limit our use of these devices at night.